We were planning to go to Jones Island and Friday Harbor, but a combination of Jones Island's north bay being completely packed and wind and water conditions resulted in us popping over to Roche, at least for the time being.

We sailed right off our mooring ball and things got off to a nice start with 8-12kts of wind. The wind died as we were sailing across the north side of Orcas Island, and we kicked the engine on after drifting for a bit. A particularly ornery cloud drenched us for about 15 minutes before moving on, and after that we began sailing down President Channel. The wind kept building, so we took our tops'l down at around 16kts or so, knowing the wind was projected to get worse. Blackthorn behaved well even in 20kts of wind. We decided to reef just in case things continued to get even worse and because heaving-to to reef is a skill we need more practice at. Heaving-to brought our speed down to about a knot and a half from four or five, and we were able to put in the reef in relative comfort as Blackthorn idled in the channel. Once the reef was in, we carried along on our way, tacking down the channel. We came close enough to Jones Island to pick out the many boats moored there with our binoculars (there were even more than on the AIS) and decided that rather than coming into Friday Harbor for the first time late at night, we'd catch the still-favorable current through Spieden Channel over to Roche Harbor. We shook out the reef and sailed a bit of the way, but the wind grew light and was blowing straight across the channel at us, so we focused on stowing our sails as more rain clouds prepared to unload.

It was a very full day. And I spent the first 75% of it in abject misery. I didn't want to get out of bed when I woke up. My right hand has been suffering from some sort of weird inflammation (this after my toes finally started healing up), and I've just generally been in a funk the last few days and feeling isolated, as I'm sure many folks can relate to right now. I spent a non-negligible part of the time I was raising the sails wondering what the hell I'm doing with my life. Even taking my oftentimes uncooperative body and brain into consideration, I've got it pretty good. But it really doesn't feel like it some days.

I was feeling a lot better by the time we went to bed. You can't spend too much time dwelling when you're raising sails, adjusting lines, and checking charts. As much as I wasn't in the mood for it, forcing myself to do something that required my focus helped. I also finally tested out the new camera we picked up—Not to hype it too much, but it is REALLY cool. And, better than that, I spent some time chatting with a good friend before I went to bed.

This turned out a bit long for an anchor drop, but I had words to write, and I'll be sending more updates soon. I hope you're able to take care of yourselves and each other out there! 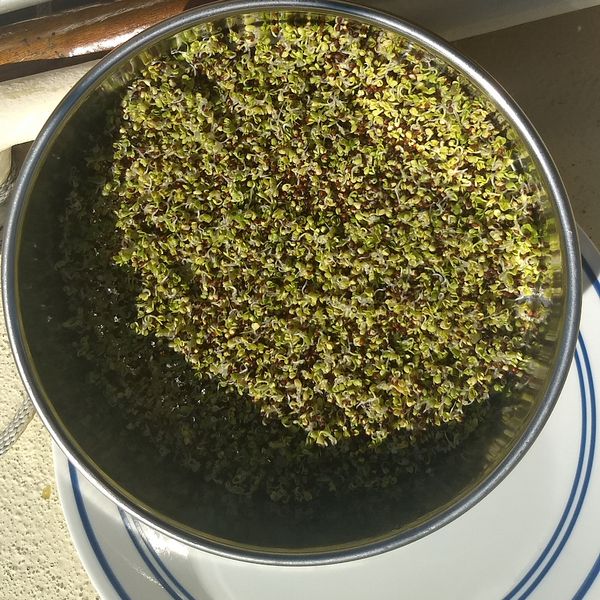 Boat life does strange things to you. Like prompting you to write about sprouting seeds. 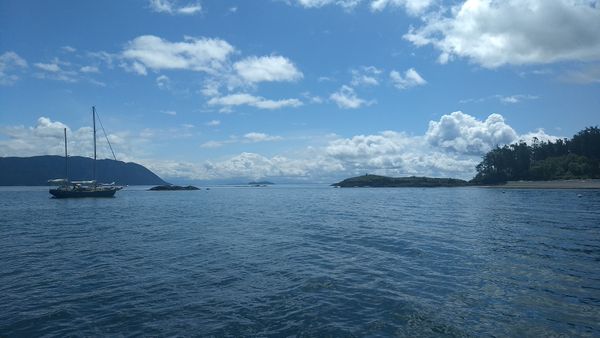 We scooted over to a mooring ball on the east side of Clark Island two days ago. It was a boring trip over with no wind and currents that couldn't be avoided.