For those unawares, I run a Riddle of the Month challenge over on Patreon. Each month, anyone who pledges $1 or more has the opportunity to win a prize sketch by solving that month’s riddle first.    Today I’m posting the riddle from February, its prize sketch, and its solution.

A dark serpent with black and yellow scales,
Still and flat, but for the insects on its tail.
Found in desert heat and icy climbs all the same,
Often called by number or name.

(Scroll to the end for the answer)

February’s riddle was solved by Inhibitor, who does awesome music and can generally be found over at Outset Initiative.

He requested a cute animal pirate in celebration of some progress on the novel he’s working on, so here’s his B&W sketch of a Guinea Pirate, sailing the high seas:

April’s Riddle of the month will be kicking off in just a few days!

Come hang out with some cool folks on the Creaturista Discord server!

A Side Note This March, The Sir and I got married. For readability, I’ll be referring to The Sir’s aunt and uncle as though they were my own. 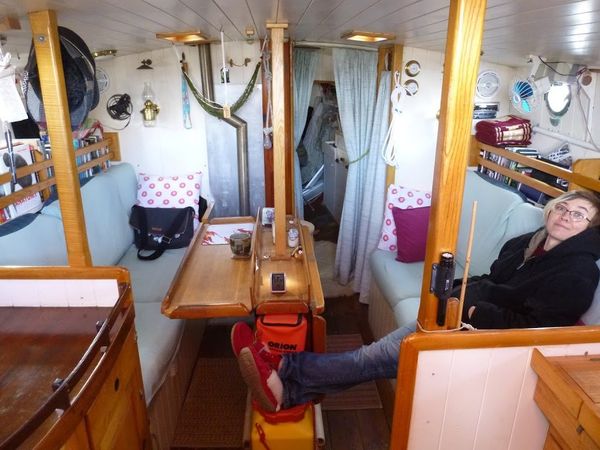 The Boat Life When this whole living aboard thing started, there were a lot of questions on our minds. We weren’t really certain what would change with moving aboard