The last few weeks have been slow. There haven’t been exciting sailing lessons or too many developments on the boat shopping front. That said, this is probably a good time to touch on the reasons we’re suddenly looking to live on a boat.

A bit about who I am and how we got here

I moved to Seattle in 2009 to pursue a job as a game tester, which is a very long and complicated story that I’ll skip for now. I’ve been working at the same company in various roles ever since. In 2012, I bought a condo as-is from a bank, my first home. The building was not kept up, and I was expecting to invest some money in repairs, though no major issues were apparent at the time. As things progressed, I made a number of unpleasant discoveries – there was extensive damage to the building’s structure and a group of fellow owners who were so divided and dysfunctional that proceeding with any repairs would be completely impossible. Last year, it was made very clear that I would have no choice but to sell. Fortunately, it wasn’t all bad news.

In spring of 2013, I met The Sir. Last November, I proposed to him, and he said yes. As generic as it sounds, my chance encounter with him and the relationship that has developed between us as a result has changed my entire life for the better. He doesn’t complete me, as I’m complete on my own. It is simply that with him as my companion, I have stepped into a new and different chapter in my life, which is incredibly exciting for me.

At the end of 2014, I also changed my job: I moved from a job that I was ill-suited to, into one that I enjoy infinitely more (though I miss many of the people I used to work with hugely). As a result, I have more energy and time to devote to self-development, creative pursuits, and more or less, to enjoying life.

Which leaves us at a few months ago. The Sir and I went on a weekend boat trip with my soon to be aunt in law, her husband, and The Sir’s brother. The housing market in Seattle was (and still is) very grim. We’d been doing some house shopping, but due to the nature of the sale of my condo, things were extremely uncertain. It had become evident that the proceeds I’d receive from the sale, if any, might be significantly delayed. We might be making multiple moves and renting for a time, hoping that something we could afford would become available. We’d found a house we loved, but it disappeared off the market before we could make a move. Needless to say, a long weekend boat trip was a welcome escape from the impending reality of losing my home.

We were on a large powerboat for the weekend, and made a few stops at nearby harbors. The weather was hit and miss, things went off schedule, there was a late night bar adventure, board games, and on the whole, the trip was an absolute blast. It reminded me just how much I loved being around water and just soaking in the sights and sounds: otters on the docks at night, jellyfish drifting mindlessly below the surface, and the endless, slow lapping of the tides rolling in and out. Fairly early in the trip, The Sir got to thinking about the possibility of living on a boat. The entire thing felt too extreme, but he admitted that since childhood he’d had an interest in sailboats specifically.

During my house-hunting, which had become nearly constant by that time, I’d run across houseboats, and even shown a few to The Sir. The idea of a sailboat seemed incredibly foreign to me, though. Could we even learn to drive a boat?! Didn’t you need to be a sailor for that? Wouldn’t it be incredibly dangerous? Could we afford it? I’d never been on a sailboat. Even as my mind was inventing a million obstacles, I was intrigued. This could be a great adventure. We’d have to do some research.

So, more or less, the seeds were planted on a dock in Poulsbo. We spent the free moments of the trip scrambling for information, trying to determine if we were being completely insane. And when we weren’t researching, we were discussing, brainstorming, but more than anything – enjoying ourselves. A personal highlight of the trip was the view and atmosphere of Pouslbohemian Coffeehouse, which we visited twice. The staff is incredibly friendly, the coffee is excellent, and each side of the tip jar is embellished with an employee’s name and personal ambition, such as building a fantastic yurt. 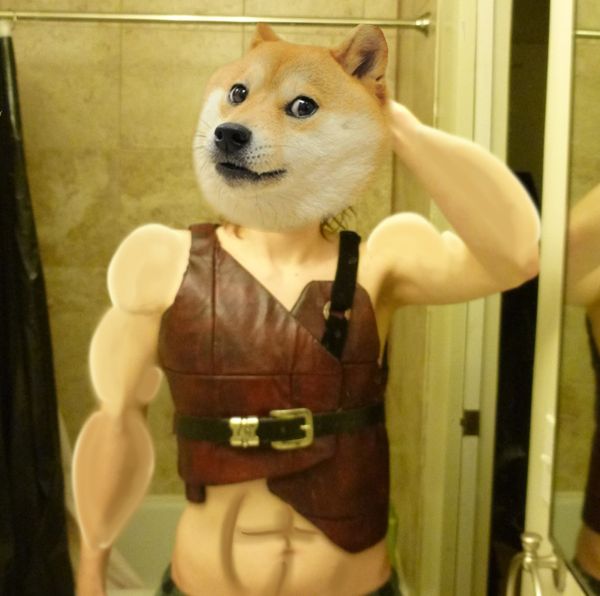 The All-Consuming Hobbit Hole One reality that became immediately apparent after our decision to live aboard is that we (especially I) have way too much stuff. I won’t deny 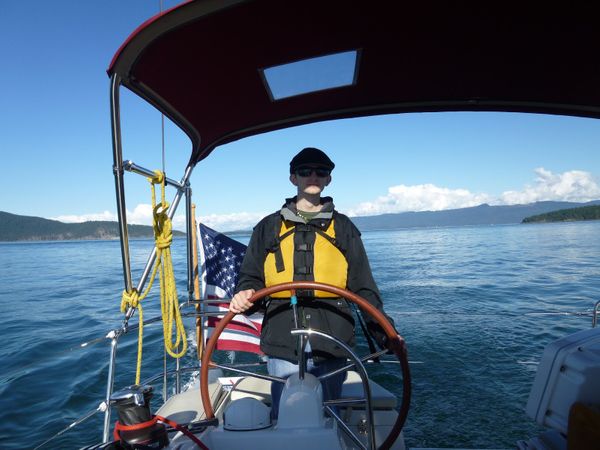 I’m going to stop numbering these entries, since it hardly seems necessary. Last Saturday, we hopped out of bed before the sun came up, showered, and headed north for